The Mid-autumn Festival or Mooncake Festival!

The festival has been around for over 3000 years and is celebrated every year on the 15th day of the eighth month of the Chinese Lunar calendar. This year it will be celebrated on the 10th of September. Originally, the moon was mainly worshiped during this festival to celebrate a successful harvest, but nowadays the Moon festival is mainly about the coming together of families.

During the Moon Festival or Mid-Autumn Festival, the moon is at its most beautiful and bright. Many people watch the moon in the evening in the most beautiful places and eat delicious mooncakes. In many places there are also beautiful colorful lanterns that are sometimes made by hand.

The cakes have a round shape and thus symbolize the full moon and the gathering of families. They look beautiful and are deliciously sweet! Most mooncakes have an outer layer of dough with different types of filling. The traditional Mooncake has lotus seed paste as a filling, but nowadays there are many more flavors such as red bean paste, egg, matcha, durian, chocolate and sweet potato.

A mooncake is often cut into pieces. The cakes are ideal to share with family members and friends! Mooncakes are traditionally often eaten during a high tea, eating fresh fruit or drinking traditional Osmanthus wine.

Are you celebrating the mid-autumn festival or are you just curious about mooncakes? We have several new flavors of mooncakes in our range and you can view them here.

The Legend of Chang'e

There are several legends about the Moon Festival or Mid-Autumn Festival. The most famous of these is about Chang'e, the goddess of the moon. According to many, this is where the Moon Festival and the delicious Mooncakes originated.

Chang'e had a husband, Hou Yi, who was a hero because he saved the world. There were 10 suns in the sky at the time and they were so bright they burned all the plants on Earth. Hou Yi shot 9 out of 10 suns from the sky with a bow and arrow. Because of this, Hou Yi was seen as a hero and was rewarded with an elixir that could make a person immortal.

However, the elixir could only immortalize one person and Hou Yi and his wife Chang'e did not want to live without each other so they did not take the elixir. Until one day one of Hou Yi's students wanted to steal the elixir from Hou Yi and Chang'e's house. To keep the elixir out of the thief's hands, Chang'e took it. As a result, she became immortal, flew to the moon and became the goddess of the moon.

Her husband Hou Yi was very sad because of this and therefore offered fruits and cakes under the full moon. He hoped to see the shape of Chang'e in the moon. To remember Chang'e, Chinese people worship the moon and eat cakes in the shape of the moon. 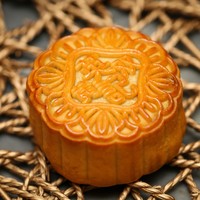 The Mid-autumn Festival or Mooncake Festival! 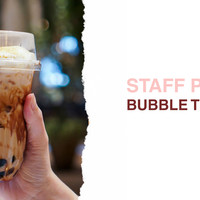 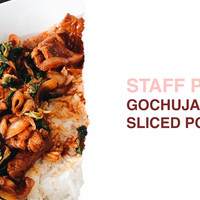